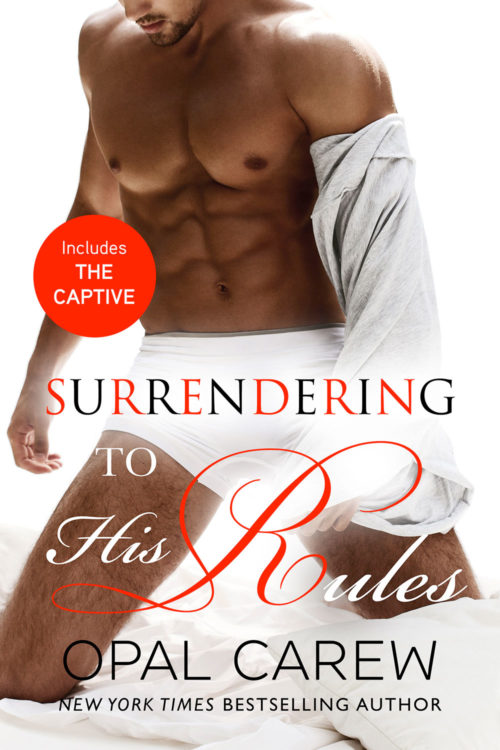 Surrendering to His Rules

Two women surrendering to their powerful male captors. Two men who fight the growing love they feel for these women because of wounds carved deep into their souls.

MASTERED BY HER CAPTOR

Kalie wants a relationship. Flowers and candlelight. Soft words spoken in front of a fire. But I’m not a romantic kind of guy. I like my sex rough and hard. And I like my women soft and submissive.

Just because she enjoyed a fantasy about being kidnapped by two strong, powerful men, she thinks she can handle what I want. She doesn’t get that what I enjoy is in a whole different league.

She seems intimidated by my status, which is good. I intend to take every opportunity to keep her off balance. For her own good, as well as mine.

So I will give her the chance she’s been begging for, confident that in the end, she’ll be begging to get away from me.

THE CAPTIVE, which is the prequel to Mastered by Her Captor, is also included in this collection.

MASTERED BY THE SHEIKH

When Yasin sees Lily bound and at his mercy, his deeply rooted family genes urge him to punish her for the immeasurable pain she caused him five years ago. To dominate her until she surrenders totally to his will, quivering in his arms.

But his heart is wrenched by the sight of her terrified and powerless. He walks a fine line between keeping Lily safe and appeasing his powerful brother.

He is committed to protecting Lily from being ravaged by his ruthless family, but can he protect her from his own barbaric desires?

Surrendering to His Rules consists of two powerful tales of captivity and surrender. Each one is about a strong woman who finds herself held captive by the man who holds the key to her heart. A man whose soul is so badly wounded, he can’t allow himself to feel the love trapped deep within. Both stories are filled with intense emotion, and passionate sex scenes that will leave you breathless.