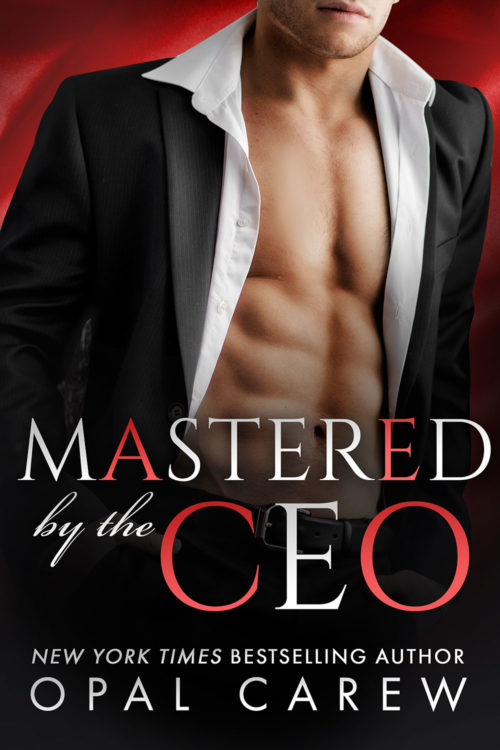 Mastered by the CEO

How did I wind up in King’s bed as his sex slave? Being totally dominated by him?

It all started when King bought the company I work for. The last time I was out of work—after handing King my resignation–it took two years before I found another position and I’m desperate to avoid that situation again. So now I’ll do whatever I can to keep my job.

But, in fact, even with me submitting to his every whim, there’s no guarantee.

King says I’m difficult and never do what I’m told–which is true—so is this simply penance for past sins? Or if I prove I’ll follow his commands without question, will he keep me on?

I don’t know. And frankly, I don’t care. When I’m in his arms, all I care about is staying there.

But that’s not an option.

When I bought Bernier Electronics, I didn’t know Rachel was one of the junior executives. With our history, there’s no way I can keep her on. I need executives who will do as I say, not constantly question my every move.

I’d like to say it’s a difficult decision, but it’s not. Our past has proven she won’t fit in my management team.

But it’s never simple. When she worked for me five years ago, we had a clandestine affair. She insisted on keeping it strictly sexual, but I wanted so much more. When she left, I was devastated. Clearly, it meant more to me than it did to her.

The truth is I still want her in my bed. But I won’t hire her just for the sex.

She insists she can change, that she’ll do exactly as she’s told, but I know that’ll never work. Still, offering her the chance to prove herself—by becoming my submissive for an entire weekend—will prove to her it’ll never work. I never dominated her when we were together before, and the mere thought has me rock-hard.

I just hope I can handle losing her again after I experience the sweetness of her submission.