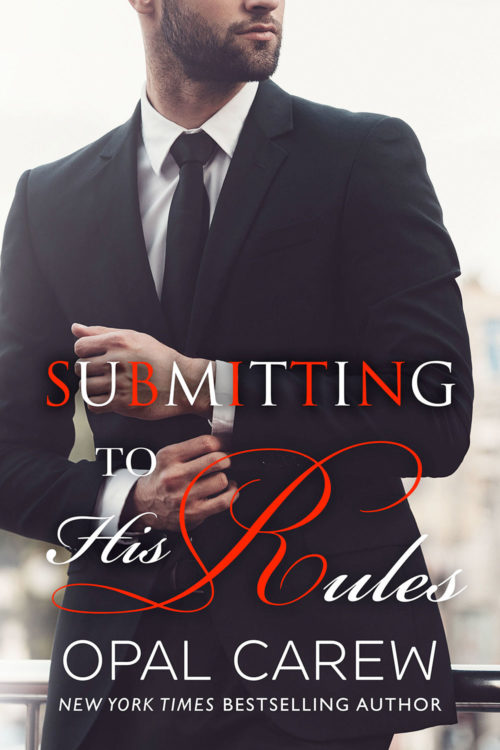 Submitting to His Rules

Two alpha men accustomed to being in charge, in the office and in the bedroom. Two feisty women intent on going after what they want… no matter what it takes.

MASTERED BY THE BOSS

Ryan Blair has wanted Kali from the first moment she started working for him six months ago. So when he sees a stunning stranger in a mask and sub costume at the masquerade party who could easily pass for Kali, he decides to play out the fantasy of mastering his sexy little secretary. Maybe that will alleviate his constant yearning for her.

When Ryan figures out that Kali was his Cinderella sub, their days in the office become a roller coaster of passionate, mind-blowing sexual pleasure. But Kali quickly realizes that all there will ever be between them is sex and she needs so much more than that.

MASTERED BY THE CEO

It all started when King bought the company Rachel works for. The last time she was out of work—after handing King her resignation—it took two years before she found another position and she’s desperate to avoid that situation again. So now she’ll do whatever she can to keep her job.

The truth is King still wants Rachel in his bed. But he won’t hire her just for the sex.

She insists she can change, that she’ll do exactly as she’s told, but he knows that’ll never work. Offering her the chance to prove herself—by becoming his submissive for an entire weekend—will prove to her it’ll never work. He never dominated her when they were together before, and the mere thought has him rock-hard.

He just hopes he can handle losing her again after he experiences the sweetness of her submission.

Submitting to His Rules contains two delectable tales of women submitting to their powerful bosses in the office. One story has a Cinderella meets Christian Grey flavour, while the other is a second chance at love. Both are filled with humor, passion and delightfully sexy scenes that will take your breath away.