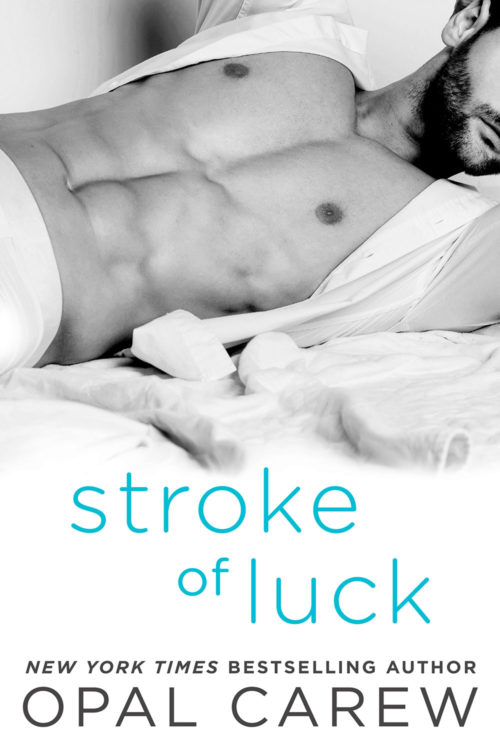 Good things do come in threes.

April Smith’s luxurious Las Vegas wedding crashed and burned when her wealthy fiancé cheated on her and left her with a hotel bill that costs more than she makes in a year. Even more humiliating, her college ex-boyfriend Quinn Taylor has come to her rescue and bailed her out. They didn’t part on the best of terms and never expected to see one another again.

For Quinn, April was the one who got away and despite the heartache she caused him, he’s never gotten over her. Not wanting to be in his debt, April makes Quinn a tempting offer: she’ll spend the next month with him during his Vegas vacation, fulfilling his fantasies. Being with April has always been Quinn’s number one fantasy, and next on the list is sharing a woman with his best friend and business partner, Austin Wright. Since he can see an undeniable attraction between April and Austin, he makes that a condition of their deal, too.

Enjoying the attention and affection from two hot and handsome men, April gives in to her desires to be with both of them. But with those desires comes a growing love that she fears may force her to choose between Quinn and Austin—or lose them both.

Acclaim for the novels of Opal Carew:

“Delicious in its sensuality. Opal Carew has a great imagination and her sensual scenes are sure to get a fire going in many readers.”

"This one's so hot, you might need to wear oven mitts while you're reading it!"

“Opal Carew is truly a goddess of sensuality in her writing.”