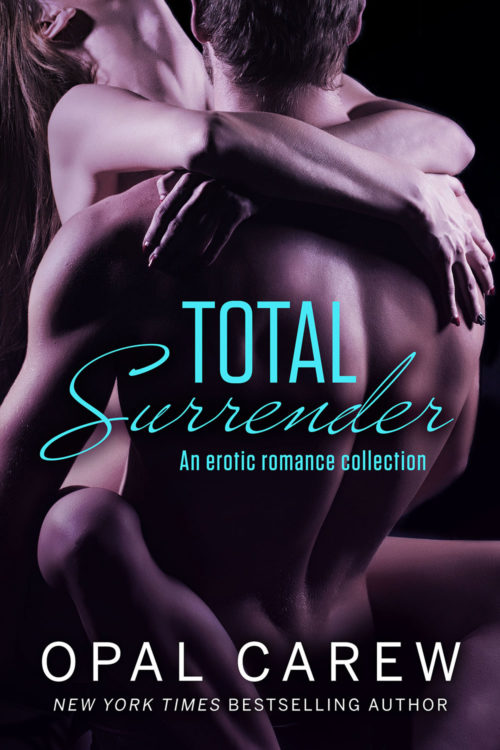 TOTAL SURRENDER is a collection of three stories where each heroine surrenders to her most primal passion. In PLAYED BY THE MASTER, Jacqueline submits to her perfect alpha hero; in THREE, Lori gives in to a deep, forbidden attraction; and in THE OFFICE SLAVE, Sylvia embraces her deepest, darkest fantasy.

Warning: These stories are scorching hot and not for the faint of heart. May contain Domination, submission, bondage, punishment, and a lot of other fun things.

PLAYED BY THE MASTER

Jacqueline will do anything she can to save her brother-in-law. Race Danner is the only one with the power to help. In this game, Race holds all the cards.

Played by the Master an exciting and humorous story of Domination and submission, where breaking the rules of the game is where the fun begins, when Jacqueline crashes a billionaire’s exclusive poker game in order to seduce him into granting a favor to save her sister, but instead finds herself Played by the Master.

Sylvia loves to read erotica, and after her latest read, she’s developed a sizzling fantasy about submitting to the sexual whims of four incredibly hot business partners. Never in her wildest dreams did she think she’d have the opportunity to live out her fantasy… until her friend decides to make it happen. Now she’s about to become an office slave… to four hunky men she’s never even met. But faced with the reality, can she actually go through with it?