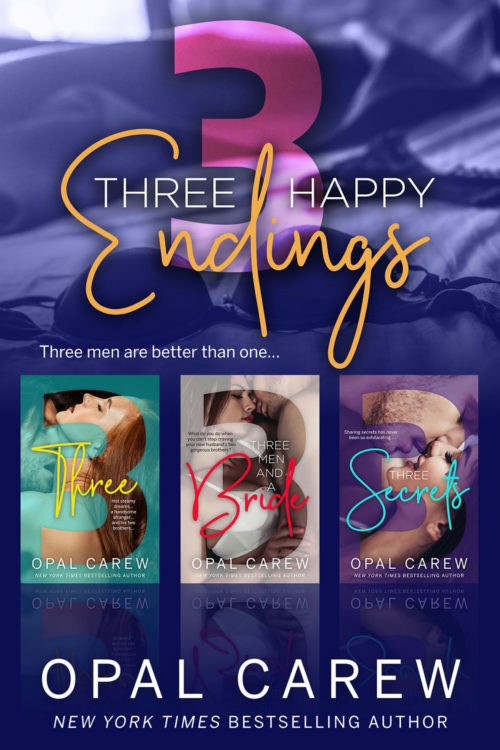 Three men are better than one…

When Lori goes to her best friend’s cabin for the weekend to spend time with Marie, her new husband and his brothers, she’s surprised to wind up face-to-face with her fantasy stranger. He clearly wants to act on the incredible attraction between them. The heat builds and they wind up in the hot tub, totally caught up in their passion.

They are interrupted – by one of his brothers – and Lori soon finds herself in the middle of two sexy, handsome men, both bringing her to ecstatic heights. She didn’t think things could get any better, until another interruption – by yet another brother – has her blushing with embarrassment, as well as passion.

THREE MEN AND A BRIDE

Now that you’ve read Lori and Craig’s story, maybe you’d like to go back and learn more about Marie and Drake in this prequel to Three.

What do you do when you can’t stop lusting after your new husband’s two gorgeous brothers?

Can Marie successfully suppress her fantasies of the three brothers making wild, luxuriant love to her, or will she have to endanger her happy marriage by admitting her feelings to her husband, Drake?

Keeping one secret is intriguing. Two is naughty. Three…deserves to be punished. Sharing secrets has never been so exhilarating…

When they met in Paris, Nicole and Abel enjoyed a sensual, romantic two month fling. The last thing Nicole wanted was to fall head over heels for this sweet, loving man, because she knew he would never accept the truth about her. Unfortunately, the heart wants what it wants, and hers wanted Abel. But Nicole was not one to be controlled by anyone or anything, so once they returned home, she walked away.

When the pain of losing Abel became too much, Nicole finally decided to share her secret with him. Little did she know he had a secret of his own.

Will Abel’s secret extinguish Nicole’s craving for him once and for all? Will Nicole’s revelation bring Abel to his knees? 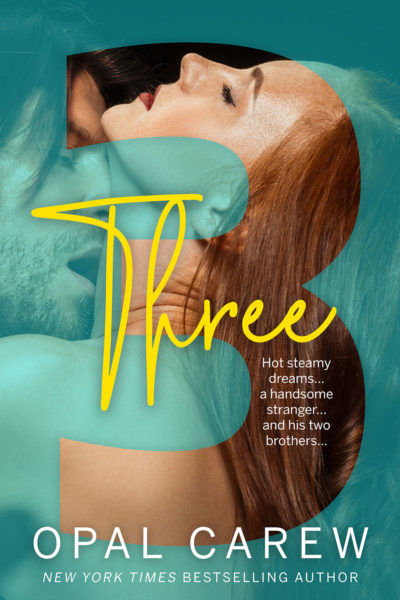 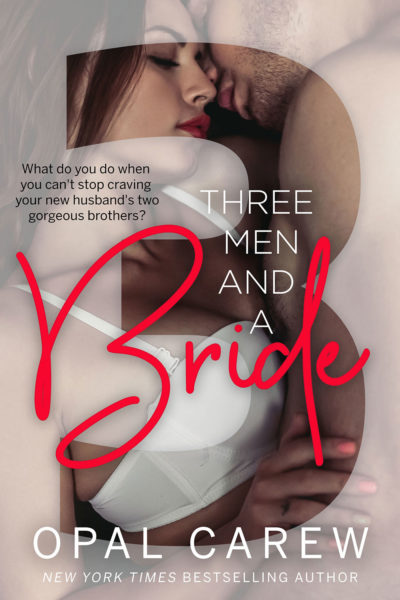 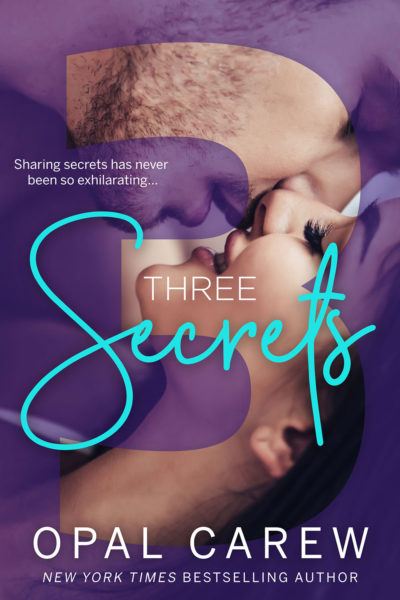 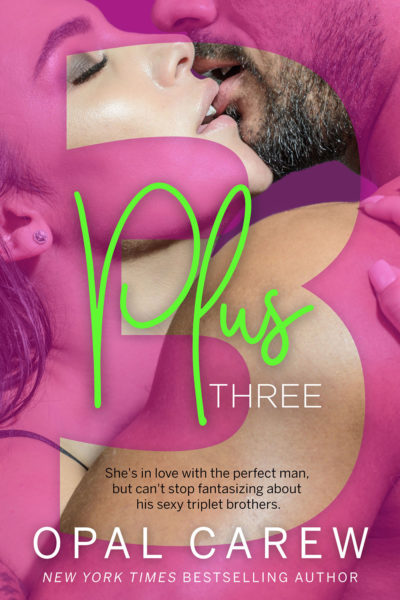