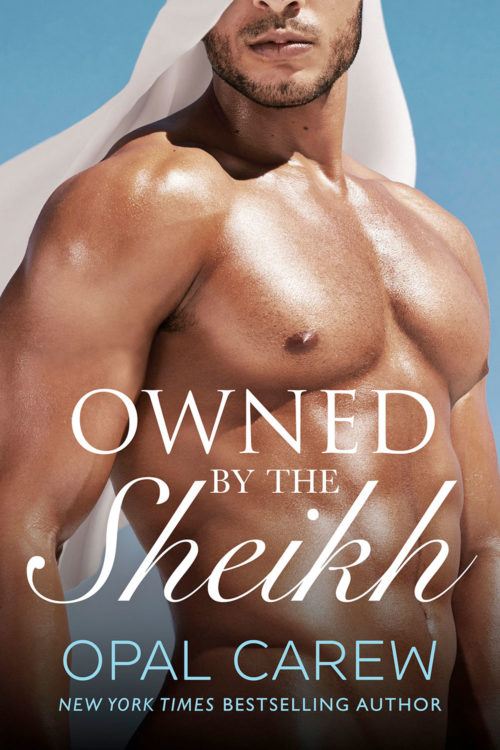 Owned by the Sheikh

From New York Times Bestselling Author Opal Carew comes this set of three steamy captivity-themed romances each of which feature a bold, dominating sheikh and the strong-willed woman who is at his mercy. They endure many ordeals, but in the end, true love wins their hearts.

When Yasin reluctantly accepts an invitation to join his estranged family to celebrate his 30th birthday, his powerful older brother presents him with a very special gift. The woman who rejected Yasin in college five years earlier. A woman Yasin has never stopped loving.

Yasin is committed to protecting Lily from being ravaged by his ruthless family, but can he protect her from his own barbaric desires?

Debt of Honor
===========
Held captive by a domineering sheikh and made to pay for a crime she did not commit.

Angelica couldn’t believe that hopping off a plane during a refueling stop to search for one-of-a-kind souvenirs could lead to such a terrifying situation. She is being detained in an exotic country by a devastatingly handsome sheikh who insists she has committed a crime and intends to make her pay. And it is clear that part of her punishment will be to share his bed.

Shena has known neither kindness nor love, until one fateful day when she meets Keern. In a few passionate hours together, he teaches her what it means to feel loved and protected. She would do anything to protect him from her evil father’s wrath, but in a moment of weakness, she reveals Keern’s identity and sets in motion a series of events that changes Keern’s life forever.

Keern believes Shena betrayed him. When her actions cause his brother’s death, he swears his revenge and tracks her all the way to the auction blocks. He purchases her as his slave, but will he find satisfaction for his rage or will the overwhelming sexual attraction they share make him her slave instead?

If you love red-hot sex, dominating alpha sheikh heroes, and captivating love stories, then you’ll adore this set of three novellas that combines all those things in fast-paced, poignant, and steamy tales. This collection includes Mastered by the Sheikh, Debt of Honor, and Slaves of Love.